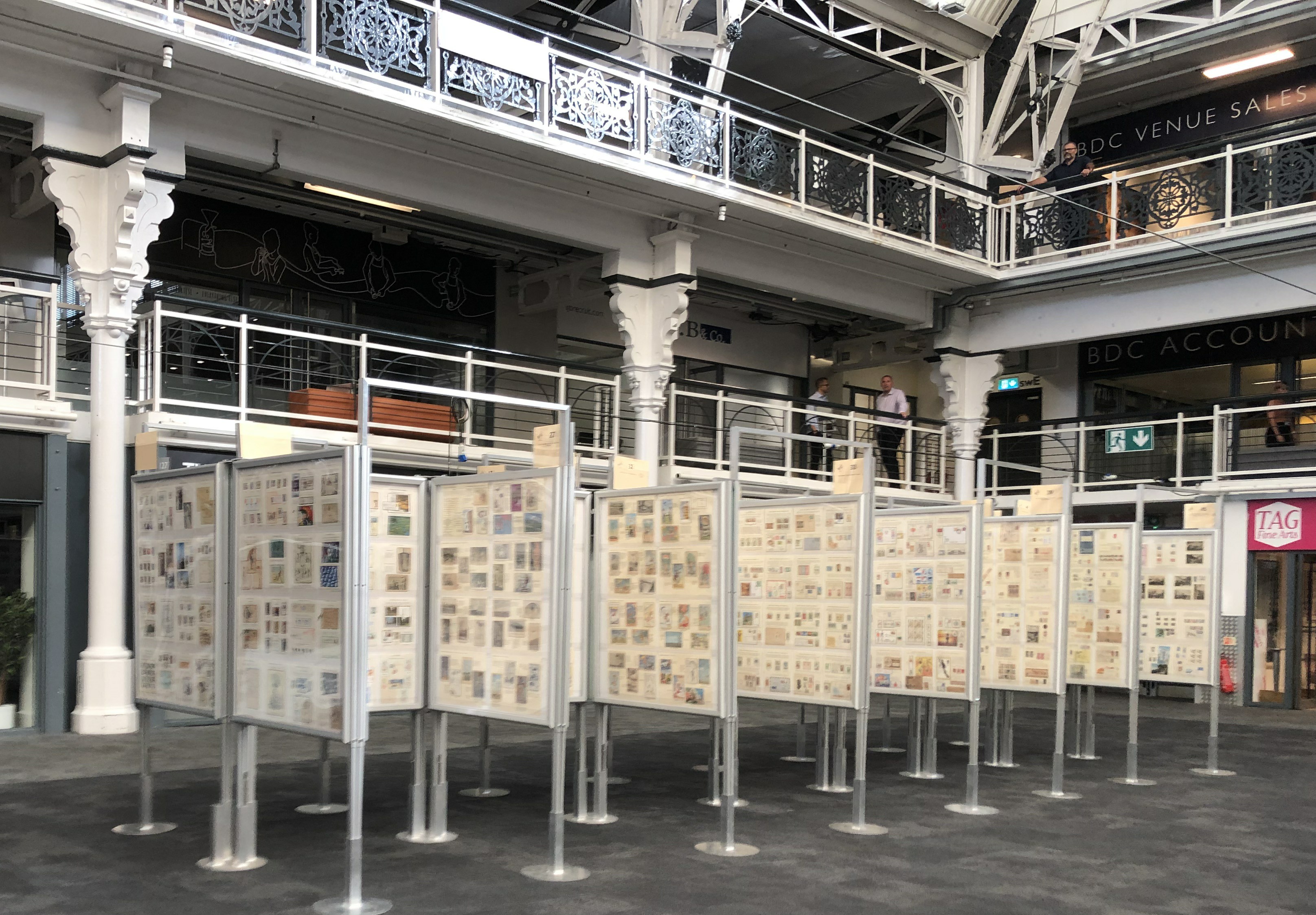 It had sometimes felt like the event would never take place, having been postponed because of covid, but finally on 29 September Autumn Stampex opened its doors and resumed as a ‘real’ event, with the BTA as the lead organisation for displays. The organisers had made a number of changes, one of which was to our great advantage as they located all the dealers on the mezzanine or balcony floors, leaving the ground floor as the Village Green; so what greeted visitors as they arrived were 130 frames of pictorial displays and exhibits, plus the BTA table and its eye-catching banner. The first day was quiet, perhaps because for the first time the Stampex organisers chose to charge an entrance fee, but the ‘free’ days were noticeably busier, although not perhaps to pre-covid standards. A number of innovations first introduced in the Virtual Stampexes held in Autumn 2020 and Spring 2021 were repeated here, including a Collectors Lounge where organisations could meet and greet visitors, and the Spink Auditorium which hosted talks throughout the show. Those unable to attend in person could purchase an online pass to hear these via Zoom. On the Saturday there was a well-attended talk by BTA Chairman Barry Stagg on pictorial collecting. This was followed by the awards ceremony for competitors. Overall the event provided good publicity for the BTA; we chatted to a lot of people and were pleased to welcome several new members.

Pages from some of the displays will be found here.